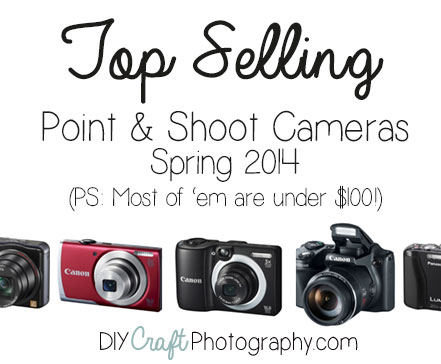 Point and shoot cameras might be the “entry level” camera, but they pack a punch with fantastic image quality, shooting modes, image stabilization, compact go-anywhere size, and smart auto-adjusting settings. It’s impossible to go wrong with a point and shoot: they take the guesswork out of getting a great photo.

DIYCraftPhotography recommends point and shoot cameras to beginners and folks on a budget. Even if you do “graduate” to a DSLR someday, your point and shoot will always be a pocket-sized powerhouse that can go anywhere with you. If you already have a point and shoot but it’s a few years old, you might appreciate the advancements in image quality, shooting modes, and write speed seen in newer models.

If you were thinking of a new point and shoot camera, it’s hard to go wrong with any of these best-selling point and shoots. They’re all highly reviewed (4+ stars) and, even more remarkably, nearly all of them cost about $60-80. Just three years ago I paid $220 for a Canon PowerShot – ouch! Prices have seriously come down!

Here’s the best-selling point and shoot cameras on Amazon.com as of March 2014:

Canon dominates this list – their name is practically synonymous with the point and shoot category. Fortunately, their cameras are awesome. I’ve used PowerShots for nearly a decade and so does everyone else in my immediate family. 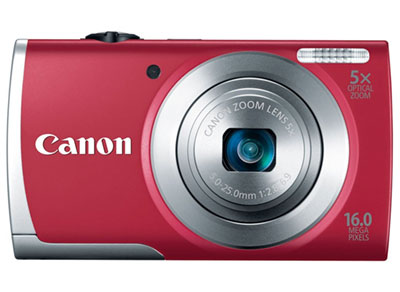 The #1 and #4 best-selling point and shoot camera spot on Amazon is held by the PowerShot A2500. (It holds both positions thanks to its red and black color variations.)  This amazing little camera offers 720p HD video, 16 megapixels,  5x optical zoom, 28mm lens, and “Smart Auto” to adjust camera settings on the fly.  If you’re in need of a point and shoot camera upgrade, you can’t go wrong with A2500. We here at DIYCraftPhotography have been PowerShot users for nearly a decade and highly recommend the product line.

Best of all, the PowerShot A2500 can be found priced well under $100 on Amazon.com 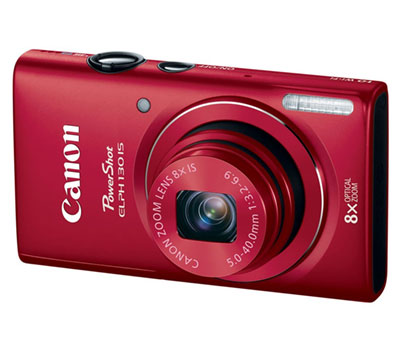 The #2 best selling point and shoot camera on Amazon is the PowerShot ELPH 130 IS. It’s priced about 25-$30 higher, so what does the ELPH have that the #1 camera doesn’t? Macro mode is one big difference, and wifi upload capabilities and 8x optical zoom are the others. Like the A2500, the ELPH offers 720p HD video, 16 megapixels, a 28mm lens, and “Smart Auto” to adjust camera settings on the fly.

PS: I want to take a minute to personally recommend the ELPH line. I’ve used three ELPH cameras, and I get a new one every couple years to keep up with the new features. My ELPH fires up fast, writes shots quickly, is rugged enough to survive every ride at Disney World, and the photos it takes are the ones you see throughout this site! I think the extra $25 would be well spent on the ELPH 130 IS over the A2500. 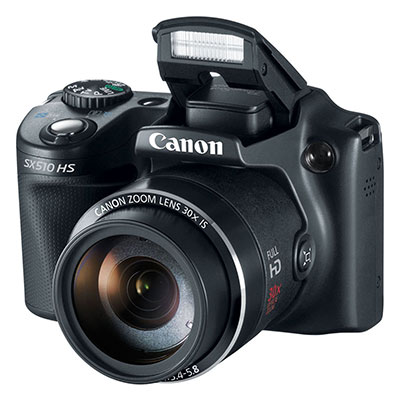 The third best-selling point and shoot is priced about $120 more than the #1 seller. Yowza! What does that extra $120 get you? A whole bunch of stuff, as it turns out: the SX510 HS offers a bigger and better sensor, larger LCD screen, full 1080p video, 32 “scene modes” and powerful 30x optical zoom. Built-in wifi makes transferring photos to your smartphone or computer quick and painless. Reviewers say this camera takes great low light photos and rave about its lightweight, compact body.

If you have a bit of extra room in your budget, the extra $100 will be well-spent on the PowerShot SX510. 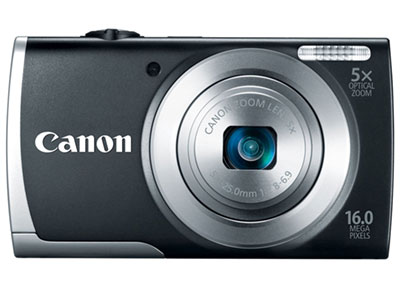 It’s the grey version of the #1 best-selling camera. 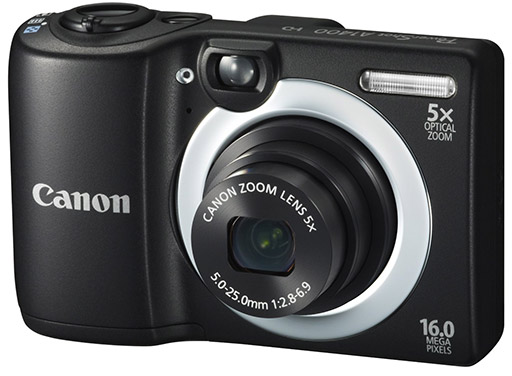 Finally, our #5 camera is the Canon PowerShot A1400. This camera was the #1 best-seller for a while until it was displaced by the A2500. Features include 16 megapixels, 5x optical zoom, and 720p HD video, and “Smart Auto” to adjust camera settings on the fly. This camera is super easy to learn, runs on AA alkaline batteries, and includes features to stabilize shots, and a variety of “scene modes” to take the guesswork out of shooting in low light. Reviewers say it shoots fast and shots look great.

The Canon PowerShot A1400‘s claim to fame used to be that Amazon sold it for under $70. (Click to see its current Amazon.com price), but the PowerShot A2500 can usually be found for even less than that.