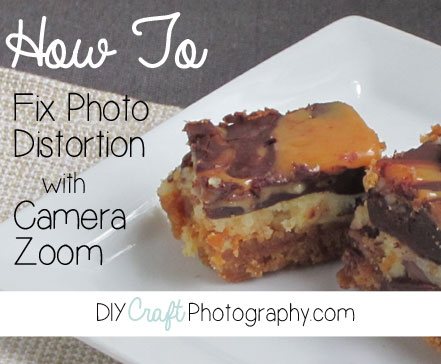 “Aw, it looked so much better in real life.”

Do your craft products look great in real life but turn out warped, stretched, or distorted in photos?  Good news: your photo distortion might be easily fixed by zooming your camera in and taking a step back.

Compare these two shots, one taken with the camera at its default zoom: 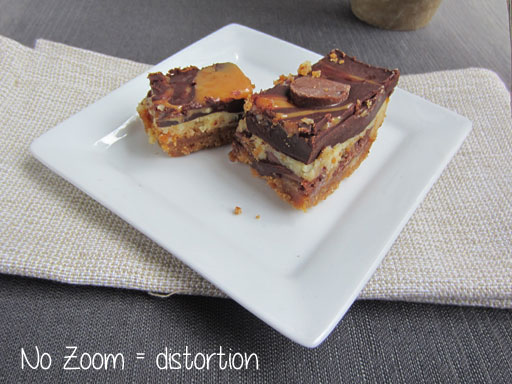 And this one was taken with the camera zoomed in (lens out).  I had to stand further back to get the same looking shot, but the zoomed lens flattened the image. See how much more square the plate looks? 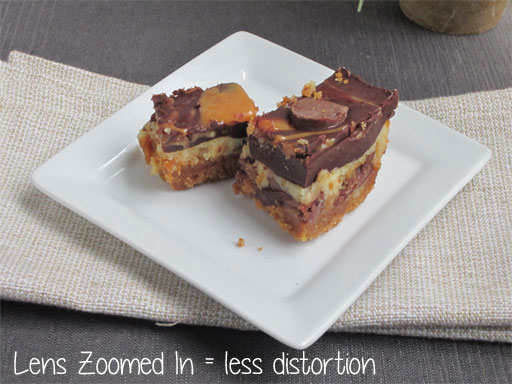 If you’re using a point and shoot camera or a DSLR, push your lens out by using the zoom feature.  On my camera, it’s a switch near the power button (I push it away from myself to push the lens 0ut). 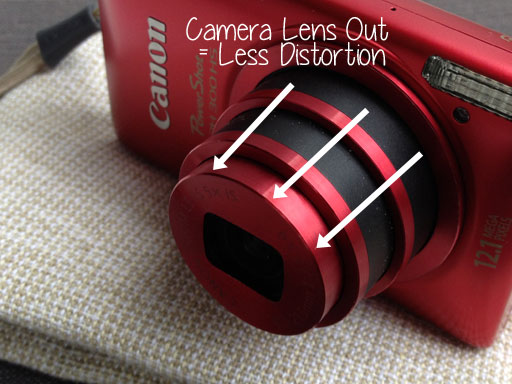 Some point and shoots have two zoom modes: “optical”, which involves moving the lens itself, and “digital”, which is the camera enlarging the image digitally once the lens can’t be zoomed in any more.  You need to zoom just far enough to flatten the image with optical zoom, but not so far that “digital zoom” kicks in.

If your camera has digitally enhanced zoom, it will probably let you know when it makes the switch.  The “digital zoom” is kind of like taking a tiny image and blowing it up in Photoshop.  It’s going to look garbled and compressed – not a great look for showing off crafts.

See the difference between these two shots?  The second photo is much more accurate to real life. 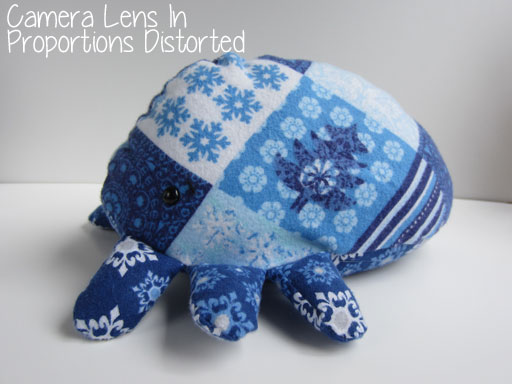 Look how much shorter Chilly’s feet become with the lens pushed out!  Her body gets plumper, too. 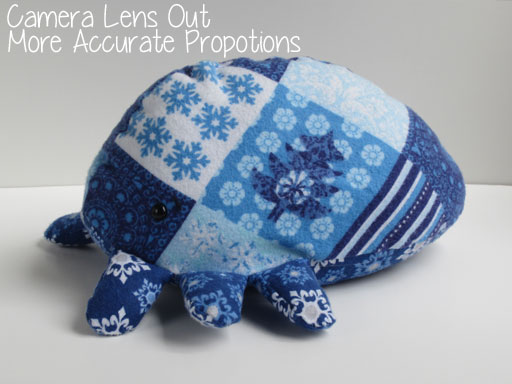 PS: The Rolo Cheesecake Bars were made using this recipe from closetcooking.com.